How could you ignore my pleas for help after the University of Missouri-Kansas City REFUSED to investigate my legitimate complaints of attack, harassment, discrimination, and retaliation?  How can a state institution disobey the law and not be held accountable? President Owens promised me an answer to my appeal in August of last year and I have only heard from the representative of the new president recently after filing an appeal with the US Department of Education.
I am a disabled Vet and refuse to return to the hostile and intimidating environment, and the program in which I have a 4.0 GPA, nominated by UMKC and inducted into the Phi Kappa Phi National Honor Society for excellence in education and outstanding citizenship.

I am a retired military officer and cannot believe that UMKC and MU ARE NOT HELD ACCOUNTABLE for their immoral, unethical, illegal behavior! You, Senators McCaskill and Blunt, the Missouri Department of Higher Education, Missouri Attorney General, the media, and dozens of lawyers, including the ACLU have ignored me...why? How can a public institution refuse to investigate legitimate complaints, ruining a Veteran's career in school counseling and wasting 2 years of my life and GI Bill eligibility...2 years, over $39,000 in VA and personal funds, and a salary of $48,000 a year!
If I did not have a case, the university would have told me to shut-up and get lost long ago, so instead they do not say a word, hoping that I will go away.

Initiation of the statute of limitations (180 days) has not begun because I was promised an answer from President Owens and still have not received it...which is further retaliation!

Do the right thing Jay ... GROW A PAIR and stand-up for and protect a constituent. Being white and male, nobody gives a crap about me, including lawyers who told me "sorry, there is not enough in it for me", turning me away even though they admit I have an excellent case and only because they are greedy bastards. 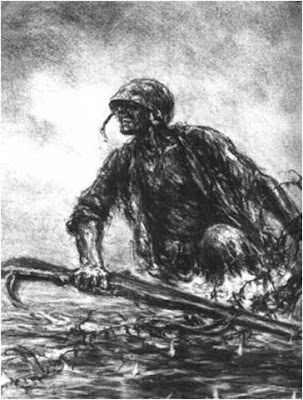