Boston ... Our thoughts and prayers are with the loved-ones of the two victims who lost their lives as well as those who were injured and the first responders who put their lives in peril to save others. Decoy devices are quite common among terrorists, so let's hope they have successfully cleared the area of additional IEDs.

As was the case with Sandy Hook, this event is and will receive a great deal of attention for days, if not weeks, not to mention many anniversaries to come. That is EXACTLY WHAT THE PERPETRATORS AND TERRORISTS WANT AND NEED TO EXIST!

The purpose of terrorism is, obviously, "to terrorize" and you cannot terrorize without the mass media. The mass media (TV, radio, internet) profit from these events because humans have a sick need to be entranced by trauma and gore. So disasters such as these are extremely profitable for the networks, stations, and websites because humans are innately sadistic.

Think about the times you've arrived at the source of a traffic jam only to find people rubber-necking to see if the can view some blood and gore ... even on the opposite side of the highway! I cannot tell you how many times I have been delayed on LA freeways only to find a fender fender or a flat tire miles away that people could not resist gawking at.

"Sadistic" may be a strong word, but characterizes rather succinctly the need people have to view traumatic, bloody scenes. Other examples of this phenomena are the people who hear of a tragedy (fire, earthquake, hurricane, etc.) and feel compelled to go to the scene, PUTTING THEIR LIVES, AND THOSE OF THEIR FAMILIES IN SOME CASES, IN PERIL! 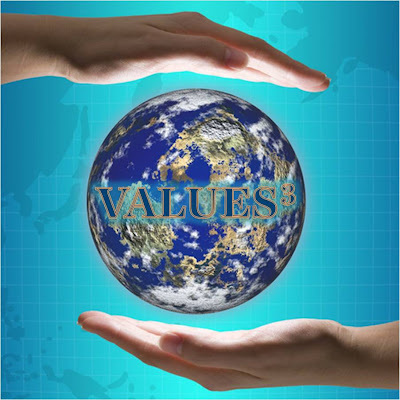 Bullfights, car races, boxing, ultimate fighting, running with the bulls in Pamplona, Spain and other events where there is a high probability of blood and guts being exposed are extremely popular. You have to be "a little slow" (to put it nicely) to watch 33 cars go round and round and round and round until somebody FINALLY crosses the finish line hours later, usually a rather anti-climactic event and the lowlight of the race...hopefully there were a few crashes!

Why do we humans act this way?  One reason is that people are inherently curious creatures. Beyond that, there is some subconscious satisfaction in seeing others suffer. The suffering of others gives us a momentary feeling of superiority or a sense of "wow...I'm sure glad that wasn't me!". In either case, it makes it feel, on a level we are not necessarily aware of, that we are better off or safer than others and that can be very comforting. Another reason people may rush to a disaster scene is to be able to say "I was there!" ... BEEN THERE, DONE THAT, GOT THE T-SHIRT!

A woman actually canceled her Hawaiian vacation to go to Arizona TO WATCH THE JODI ARIAS MURDER TRIAL ... Are you serious ... Jodi Arias over Hawaii? Now that is sick!

I have done it myself, so even perfect people like me are not immune! I was in Paris the weekend Princess Diana was killed. We had walked by the Ritz Hotal that very afternoon on our way back to our room from the Eiffel Tower. The next morning, we woke up to a French NEWSFLASH claiming that Princess Diana had been killed early that morning. We we're planning on visiting that area along the Seine later that day (that's my story and I'm sticking to it) to visit the Hard Rock Cafe (I collect Hard Rock sweatshirts, having visited the Los Angeles, Paris, Tokyo, Budapest, Rome, Seoul, London, Edinburgh, Brussels, Munich, and many other franchises). It was two in the afternoon when we arrived at the hill next to the entrance of the tunnel and could see the doomed Mercedes as the police continued their investigation. A rather large makeshift memorial had already been erected on that very hill being comprised of hundreds of bouquets of flowers, stuffed animals, balloons, and cards from people communicating their grief and condolences. She truly was the "People's Princess" as I had observed during my three years in England. I was also in London the following weekend, visiting Buckingham Palace where the memorial extended for hundreds of yards along the fence, 50 feet deep in some places, with the same flowers, balloons, signs, and stuffed animals. It was quite a spectacle and something I will not forget soon. Even more memorable was the funeral coverage (no, I was not there) and the true heartfelt grief and sadness the people of England were feeling. It was very sad and an incredible experience...I WAS THERE!

Again, my blessings go out to the dead and many injured, physically AND psychologically, by this horrific event. We as a nation have been very lucky since 9/11/2001 and need to be prepared and vigilant for.future attacks ... IT IS INEVITABLE. And humans being humans, some will die, many will flock to the scene, and even more will find a way to profit from the tragedy. Whether it is a con artist setting up a fake website in one of the victim's names to solicit donations (to him or her) or ABC programming untold hours of coverage from every perspective imaginable. Can we really blame ABC for trying to profit from the misery of others? No, not really, because that is the business they are in and owe it to their shareholders and viewers to give them what them want or need. What the media, ABC is only an example, can and should be chastised for is giving the perpetrator or terrorist organization the publicity, the coverage they need to be successful. Whether it is for their 15 minutes of fame, satisfaction of a long held grudge, or instilling terror in the populace. Terrorism could not exist without the worldwide media where disasters can be televised around the world literally seconds after it happens and sometimes AS IT HAPPENS in the case of smartphone camera that make capturing news AS IT HAPPENS, then going viral on YouTube as all of us sadistic humans click on the Facebook link.

In conclusion, I truly mourn for the dead, wounded, and their families involved in the Boston Marathon Attacks. I have provided a psychological perspective of human nature because it seemed to be a compelling story on which to discuss the topic. I hope I have not detracted from this sad turn of events and pray I did not offend anyone because that was not my intention. I am a compassionate person, but there are times to get your message across and this seemed like one of them. I hope you learned something from this discussion because that is my only intent ... AND NO, I DO NOT MAKE ANY MONEY DOING THIS!