I do not know about you, but I stress over money more than anything.  As I discussed in last week's post, one of the primary causes of conflict in relationships today is financial ... MONEY ... or lack thereof. I discussed credit and credit scores as a source of conflict in my last post, educating you on some pitfalls and secrets, and telling you how to stay on top of your credit score (Vantage or FICO) and avoid potential problems down the road.

I saw a story on "Rock Center with Brian Williams" last night about tax refund fraud and the IRS. Apparently, this has become a very lucrative crime with scumbags stealing identities (very easy) and filing made-up tax returns IN YOUR NAME ... TO THE TUNE OF $5 BILLION LAST YEAR!

If you have worked with or for the federal government, you have witnessed WASTE in unfathomable proportions, fraud and abuse as well, but waste is rampant! Government departments and contractors waste HUNDREDS OF BILLION$ EVERY YEAR and this $5 billion scam is just the tip of the iceberg!

Medicare fraud, social security and disability fraud, and now tax fraud, if there is a way to defraud the government or waste taxpayer dollars, someone has figured it out.

There was another story on the same program about Carnival Cruiseline and the fact that they pay only 0.6%, that is less than one percent, in international, federal, state...etc. taxes! Not only that, they have bilked the US Coast Guard and Navy  out of over $2 million over the past year in recovery operations for their poorly maintained fleet alone. That does not include the millions being spent on the Costa Concordia (one of their ships) clean-up effort. Their CEO is the proud owner of the Miami Heat basketball team and one of the richest men in Florida, yet his company (Carnival) rips-off billions from United States citizens every year ... what a great American!

Bank of America, Pfizer, and hundreds of other behemoth corporations pay 0.0% in tax to our government to the tune of over $70 BILLION every year by taking their accounts offshore and exploiting tax laws that are so complex and detailed the IRS has difficulty understanding them.  Really?  $70 million gone and nobody cares?  I pay more in taxes than Bank of America?  What a great country!

I have witnessed, first-hand, government/contractor waste on a huge scale recently.  I cannot go into detail because of pending litigation, but this one contractor AND THE GOVERNMENT CONTRACTING OFFICER supposedly "overseeing" the contract, are wasting many millions of dollars annually and this is just one relatively SMALL contract! If the Department of Defense would join us in the 21st Century and take the steps necessary to give our military confidentiality when seeking mental healthcare, this particular contract would not even be necessary! A contract a few simple policy changes would eliminate all together wastes tens, if not hundreds, of millions each year. How absurd is that?

With all of that being said, why the hell do the White House, Congress, Pentagon, and many other federal entities primarily target personnel and benefits when things get tight? Why do they not focus on the massive amounts of fraud and waste within our own government, bilking American taxpayers out of HUNDREDS OF BILLIONS OF DOLLARS ANNUALLY and running up our deficit INTO THE TRILLIONS!

We should not stand for this ANY LONGER! If you are sick and tired of government/contractor fraud, waste, and abuse, LIKE and SHARE THIS POST with all of your friends. 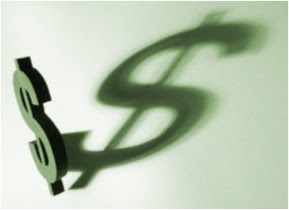 Until we citizens, the American taxpayers, the people who elect these morons and pay their salaries, say ENOUGH IS ENOUGH and unite in defiance, these frauds, wastes, and abuses will continue unabated.

END THE APATHY...UNITE...GET OFF YOUR BUTT AND STAND-UP FOR OUR COUNTRY...BEFORE WE DO NOT HAVE ONE TO STAND-UP FOR!

ENSURE every citizen, every Service Member & Veteran, you know SEES THIS POST! LET'S START A NON-VIOLENT UPRISING, DEFIANCE AGAINST INSANITY AND SUPPORT WHAT IS RIGHT, BY UNDERSTANDING JUST ONE PROBLEM AND SIGNING THIS  WHITE HOUSE PETITION: https://petitions.whitehouse.gov/petition/help-end-military-suicides-and-negative-stigmas-surrounding-ptsd-and-mental-health-treatment/DTjdBHdY

God bless you and our great nation, THE UNITED STATES OF AMERICA!
Posted by Unknown at 6:19 PM