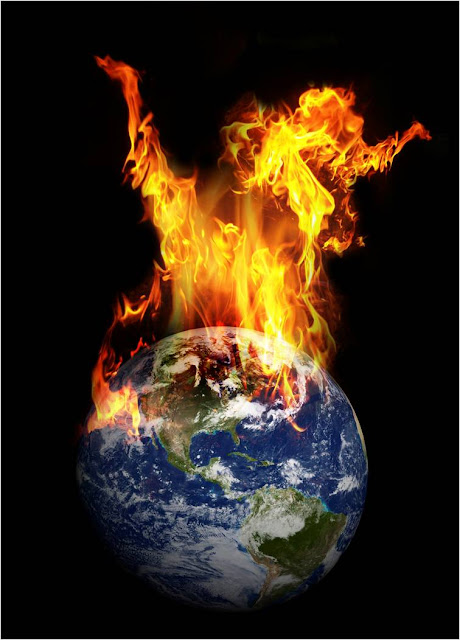 The world really did come to an end yesterday, at least in my mind. I have a hard time believing how absurd, self-centered, ignorant, and just plain rude people have become in recent years.

As a clinician, I am supposed to be upbeat, positive, supportive, and understanding. As a human, I am trying to make sense of what I am seeing in others. Let me give you a few examples...

Recently, the tragedy at Sandy Hook in Connecticut comes to mind. Soon after 27 innocent souls were lost in Newtown, the con- artists and self-promoters took action, jumping in to get their two-cents worth and much more.

First there was the media circus that started before those 20 little bodies were even cold. Do not tell me that the media devoted 24-hour coverage for days after the tragedy because they care or because they want to provide a good product to their customers, the viewing audience, America, the World. No, they did it for the bottom line...ratings and cold, hard cash! That is the bottom line.

I personally believe that the media is a major contributor to large increase in mass murder in recent years, be it "copycat" killers or those looking for their 15 minutes of fame as they go out in a blaze, too cowardly to take their own lives, committing "suicide by cop" after ruining countless other lives along the way.

If I had the authority, and maybe it is a good thing that I do not, I would prohibit the media from anything other than a short announcement of the tragic event immediately following events like these, allowing a maximum of one hour of coverage AT LEAST two weeks after the event in order to gather the facts and provide an accurate, unbiased report. That would ensure that all of the unnecessary and many times harmful speculation and inaccurate reporting does not occur as it did at Sandy Hook and has in other mass tragedies.

The media will put as much as the public can tolerate on the air and people, unfortunately, are curious, sadistic creatures. How many traffic jams have you been in because of the rubber-neckers gawking at a horrendous accident, hoping to see a mangled corpse or charred body? Violence and death sell! If you do not believe me, look at the top-rated, top-selling movies and video games. The vast majority of them have more death, blood, and destruction than I ever saw in four combat tours and a 20 year career in the military.

"Oh, how wonderful you are" and other ass-kissing comments flooded the internet after a post of, what I and many others perceived as, a very creepy and unnecessary "poem" mimicking the flow of "The Night Before Christmas" on Facebook. Then there were the poster's groupies, making sure everyone knew how "Christian" they were, and how much they were "crying", and what a "wonderful man" this person is. Sorry, I think I just vomited a little in my mouth. The "poem" insisted that the 20 little souls from Newtown were going to heaven, which is fine, and embraced by "Jesus"! That is when I got upset.

Granted, I am a Catholic and a Christian, so I obviously have nothing against Jesus or Christian beliefs, but who the hell empowered the Facebook account holder, giving him the authority, the audacity, to suggest that everyone who died that day were Christians? How hurtful it must have felt to the families and friends of the "non-Christian" victims, and I am not even sure there were any, but how freakin' insensitive is that? Those self-proclaimed good, devoted, Christian groupies jumped all over anybody who posted any opinion opposing the poem, and apparently them, insulting, even personally attacking those individuals who had the nerve to post an alternate reaction to the poem. How self-centered and self-serving was that? Apparently, if you do not love, agree with, and shed tears for this very questionable poem, you are inherently "bad", "un-Christian", and "insensitive" to the Sandy Hook victims? What a bunch of pious, self-serving hypocrites!

Then there are the scumbags, that is the clean version of what I think of them, who created fake websites, Twitter and Facebook accounts, and bank accounts, taking advantage of the naive public by using the names of the dead children to prosper unethically, immorally, and illegally from the tragedy. The things humans are capable of sometimes appall me, how disgusting!

I could go on and on with dozens of examples of ignorance, rudeness, arrogance, selfishness, and hypocrisy in recent months. The people who park in handicap spaces or take up two or three prime parking spaces so they will not get their car "dinged", more likely "keyed". Or the ones we hold the door open for at the store while they walk by without a word, as if they expect us to wait on them...where is my tip? How about the people who cut you off while driving then yell at you and flip you the bird as if you had done something wrong. Or the bully boss who yells and screams to get what he wants, then is supported by management when we DARE TO COMPLAIN! You get the idea. I am sorry for making the Sandy Hook tragedy the main example of this post and I really did not mean to elaborate so much about that particular crisis, but it obviously struck some sensitive cords. 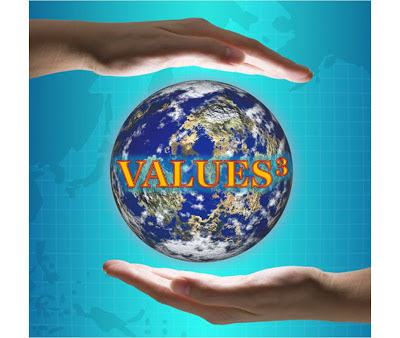 The world did not really end yesterday, but we are well on our way to destroying it, either through hatred and thermonuclear war or destruction of our ozone and global warming, our world will likely end before our star, the Sun, naturally extinguishes our planet and species millions of years from now.

Maybe the time has come to finally work together, to love and respect one another, Christian or otherwise, to live together in peace and harmony, thinking of others before or as much as we think of ourselves.  Can we do that? Are humans capable of such kindness, compassion, empathy, and altruism? I sure hope so because the alternative is not very enticing. Hey, maybe I am an optimist after all!

If you want to learn more about how you can be more selfless and less anxious or depressed by living a value-driven life, read other posts in this blog, The CombatCounselor Chronicle, or watch my series, BMB BASIC TRAINING with CombatCounselor, on YouTube: http://www.YouTube.com/CombatCounselor

Wishing you and your loved ones Happy Holidays, I cannot name all of the different religions holy days and do not want to insult anyone, and a safe and proseprous 2013!