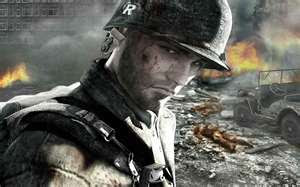 
Visit our blog for cutting edge expertise and advice from the world of psychology: CombatCounselor on Blogger