"Thank You for Your Service"? Put Your Money Where Your Mouth Is! 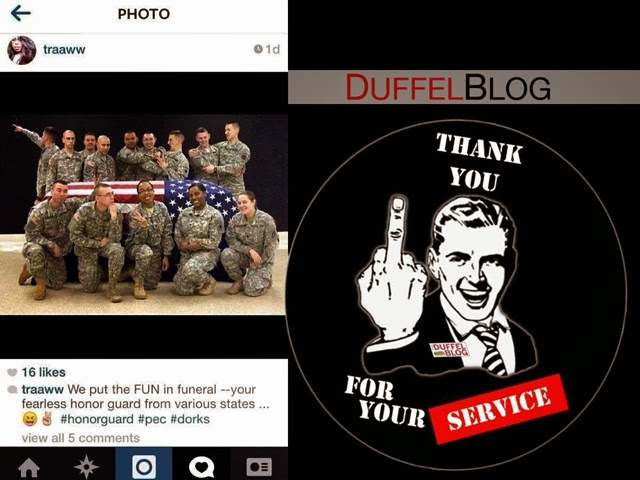 A February 18, 2014 Facebook post by The Duffel Blog proves that a picture CAN in-fact be worth a thousand words:

As I have been saying for a long time, words are easy, actions are more challenging and appreciated. I have sponsored two White House Petitions in the last two years asking the public to sign and support action by Obama in reducing the staggering rates of PTSD and suicide in the military and among Veterans. The petitions needed 10,000+ signatures for POTUS to take action, BUT LESS THAN 70, that is SEVENTY, people took the time (5 minutes) to read and sign the petitions!

I've also been struggling to start a non-profit for Vets with PTSD, aptly named Help4VetsPTSD, but am considering throwing in the towel due to lack of support and funding.

BOTTOM LINE: Please stop "thanking" us for our service. Instead, please PUT YOUR MONEY (OR SIGNATURE) WHERE YOUR MOUTH IS and support military and Veteran charities and non-profits.

Photo courtesy of The Duffel Blog, posted 2/18/2014 on Facebook
Posted by CombatCritic at 4:36 PM