Half Empty or Half Full?

The age old questions: Do you want the good news first or the bad ... Is the glass half empty or half full?

We were recently forced to put our beautiful lakefront home on the market because the Department of the Interior had my $50,000 contract cancelled in February THEN had the gaul to insist that the prime contractors BLACKLIST me, ruining my business.

They did that because I filed a complaint of fraud, waste, and abuse against the government contractor I have been subcontracting for since January 2012. The contractor is fraudulently wasting HUNDREDS OF MILLIONS OF DOLLARS ... EVERY YEAR!  I tried to DO THE RIGHT THING and was punished severely for it. THAT MY FRIENDS IS CALLED WHISTLEBLOWER RETALIATION AND IT IS ILLEGAL!

Our house was just leased for three years by an Army lieutenant colonel at Fort Leavenworth, giving the market time to recover and, hopefully, sell our home in three years and NOT TAKE A $50,000 LOSS ON IT as we would have if we had sold instead of leasing.

I am a half-full kinda guy ... Everything works out for the best in the end.

As a Roman general, Lucius Sulla, said: "No friend ever served me, no enemy ever wronged me, whom I have not repaid in full".

After filing an inspector general complaint with the Department of the Interior in February, they are the folks who are supposed to protect citizens from unlawful retaliation, particularly whistleblower retaliation, they ignored my pleas for an update. I received a letter last week from the Chief Operating Officer of the Department of Interior Business Center, the boss of the woman who retaliated against me, stating that the Inspector General had turned the case over to him ... Can you say "fox watching the henhouse?" ... SURE YA CAN!

In his letter, he stated that MY complaint had no justification and that the reason my contract was cancelled was because of "substandard performance"! 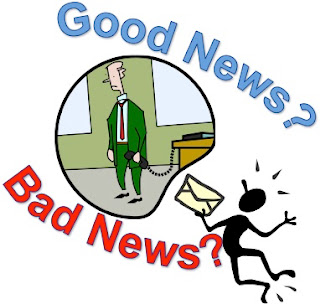 Substandard performance?  Where is the justification for that? Why was I never informed about this substandard performance, particularly during a conversation with the contracting officer, the woman who I had complained to and responsible for cancelling my contract, when we spoke on the phone JUST FOUR DAYS PRIOR TO MY CONTRACT BEING CANCELED? Why did see not mention MY SUBSTANDARD PERFORMANCE DURING THAT CALL ...WHICH I RECORDED BY THE WAY (the recording of conversations is legal in the State of Virginia, where the contracting officer works, if one party gives consent, that party being ME)?

She also informed the contractors, the people who do or do not subcontract work to me and my service-disabled veteran-owned small business, of my alleged "substandard performance", ensuring that I receive no additional contracts in the future ... ALL WITHOUT A SHRED OF EVIDENCE, ANY FACTS, AND WITHOUT DUE PROCESS!

I fought for our freedom, the freedom of the pencil pushers who now retaliate against me, and now MY GOVERNMENT slanders and defames me, ruining the business I have built from scratch and pays our bills? Really? Can that happen in the United States of America? I am telling you as someone who is experiencing it directly, IT CAN AND IT DOES!

As I described in my last post, the vast majority of lawyers only care about one thing ... MONEY!  Most likely, the only way I will get justice is by receiving national media attention. Then, and only then, will a "selfless" attorney step forward to represent me "pro bono" ... How unselfish and magnanimous they will appear, even though the only reason they would do it is to get 20 minutes of national media exposure when 60 Minutes calls for an interview.

I sent my response to the defamatory letter from the Department of Interior yesterday, certified US Mail, with certified copies going to President Obama, Congressman Sam Graves, the Secretary of the Interior, and the author's boss, Mr. O'Neill. Do I expect a response, assistance, or justice? Honestly, no. The only reason I spent $30 I cannot afford is so that when this DOES all come out eventually, I will have the documentation to prove what these people, these protectors of the Constitution, DID OR DID NOT DO when confronted with evidence of illegal, immoral, and unethical behavior by a government contractor and government employees. And I do ... HAVE HUNDREDS OF PAGES OF EVIDENCE, DOCUMENTATION, PROVING WITHOUT A SHADOW OF A DOUBT THAT WHAT I AM CLAIMING IS THE TRUTH, THE WHOLE TRUTH, AND NOTHING BUT THE TRUTH! 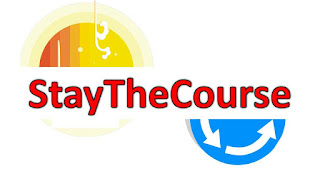 Let's face it, I am a 50-something white man, so there is likely little, if any, chance that I will receive national media attention (there is no sex or murder involved), legal representation (I am broke), or justice. Justice you say? What a concept ... what a country ... WHAT A SHAME!

CombatCounselor ... OUT!
Posted by Unknown at 6:39 PM No comments: