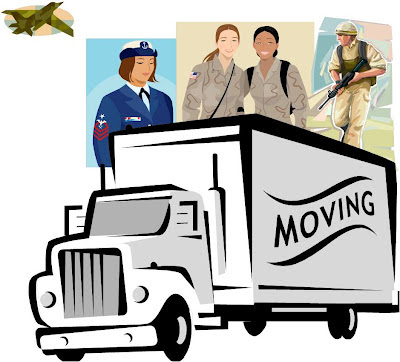 Let's face it, moving to a new assignment every two to four years not only takes a toll on the defense budget and, ultimately, the national deficit, it affects individuals and families stressed by leaving home and friends, and jobs as well as many emotional scars. Moving is stressful! I know, having moved eight times in a 20-year career, relatively few compared to many of my comrades-in-arms.

It's about time somebody used some common sense! In the Air Force Times article, "FEWER MOVES, LONGER TOURS" - August 20,2012 - a much more common sense approach to deficits and budget woes was FINALLY discussed.

Why cut personnel and benefits when there is such a simple solution? There are many thousands of airmen, soldiers, sailors, and Marines forced to move each year, thousands that would happily stay in place another year...or four.

Why not Minot you say? Minot and other perceived "less desirable" assignments are LOVED by many, so why not let folks stay where they are rather than uprooting a family clear across the country or globe? Some simple mathematics and computer programming could select from a pool of volunteers, leaving everybody else where they are for the time being.
Ruin a career you say? Maybe it's time to change ignorant, archaic thinking (or even better...the thinkers) and NOT penalize those who want to remain on-station, saving taxpayers thousands in moving expenses, dislocation allowances, and travel costs...thousands for each person!