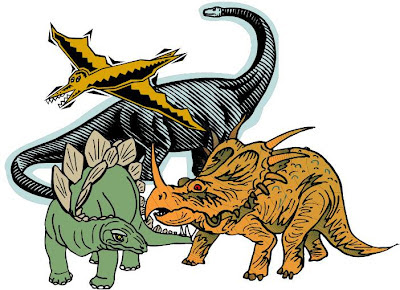 I'm not sure why I bother sending these emails because I have never even been acknowledged, but I feel compelled to speak out anyway. Maybe it is time to retire dinosaurs such as Bret Moore and Robert Dorr, hiring writers who are more in-tune with the realities of current military issues.

Regarding the subject article from your May 7th issue, Ms. Jowers omitted a critical cause of accidents for Redeploying troops, "thrill seeking behavior". After 8-15 months in a combat zone going 100 mph, figuratively, not literally, coming back home is a huge adjustment. It is widely known among anybody familiar with human behavior and the military that thrill seeking, such as speeding or driving while impaired, increases dramatically upon return to home post/base. If you've been in combat, and I have, you are on an adrenaline rush for months on end and crave that rush upon returning home. It should come as no surprise and, if records were kept during previous periods of combat operations (WWII, Korea, Vietnam), you would see exactly the same trends. How could your writer miss such an obvious variable?

As far as your editorial and reporting on the "lack of qualified mental health providers" in the DoD and VA, excuses both have been making for years, your writers have omitted another critical fact. The federal government has refused to acknowledge and hire master's-level licensed counselors for years! How can you, and they, whine about shortages of qualified clinicians when there are literally tens of thousands of licensed clinicians around the country, many looking for work, including me. I, for example, am a retired Air Force lieutenant colonel, combat veteran, disabled veteran, and licensed professional counselor (LPC) specializing in cognitive behavioral therapy (CBT) for post-traumatic stress disorder (PTSD). I have 30 years of education and experience working with anxiety and mood disorders, 21 of those licensed and nationally certified, yet the government readily hires social workers or psychologists fresh out of school over an "unqualified" clinician such as myself. Get a clue! Granted, not all LPCs have the experience I have, but if just 10% had the qualifications, the VA could easily fill those 1,900 vacant positions. Stop the whining and reporting half truths.

As far as Mr. Dorr is concerned, I'm sure I'm not the first person to mention this, I am sick and tired of his slanted, archaic, self-promoting chatter. Who the hell is he to tell the Air Force Chief of Staff which planes to keep and which ones to get rid of? I think it's time for some fresh blood and a current perspective in such a powerful role as is his. By the way, I'm not a volunteer for the position should you decide to join the 21st Century.

One more thing. In regard to the article on "Suicides" in the same issue, please read my blog http://www.combatcounselor.blogspot.com and the post on The Stigma Killing Young American Heroes.
Capt Julie Hanover is quite right when see says "they believe it will hurt their careers", but quite wrong when McCarthy says "we need to educate airmen" about the 97% "adverseless" action rate. Do you really think Airmen will seek treatment when they have a 3% chance of ending their career? Are you serious? Airmen, soldiers, sailors, and Marines WILL NOT SEEK MENTAL HEALTH TREATMENT until there is 100% protection and limited confidentiality as is the right if every non-military citizen!  Do you and DoD leadership really think that it is better or safer to have people avoid treatment and keep their clearance? If you do, I have some oceanfront property here in Missouri you might be interested in!

This information will be posted on my blog, http://www.combatcounselor.blogspot.com, so it won't go to waste when you ignore me once again. I have plenty of followers eager to hear what I have to say.