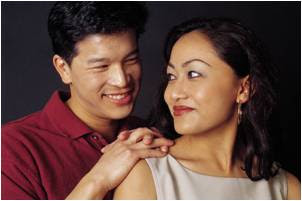 
Some of the younger readers haven’t had this experience, but 20 to 30 years ago, theories of personality in general and treatment methods specifically were stovepiped or, as Rudyard Kipling would say “never the twain shall meet” (Kipling, 1889).  According to one of my old textbooks, Personality,  by Jerry M. Burger (Burger, 1990), there was the psychoanalytic camp including the likes of Erikson, Horney, and Fromm, the trait theorists such as Allport, Cattell, and Eysenck, the humanists with Maslow and Rogers taking the lead, the behavioral/social learning group which included Skinner, Bandura, and Rotter, and, finally, the new kids on the block, the cognitive bunch led by Kelly, Mischel, and Ellis (although Beck and Meichenbaum were also quite well known by this time).  The various theories and their clinical applications were extremely diverse and scientists, as well as clinicians, were passionately dedicated to their particular favorite.  Over the past 30 years, I have seen an extraordinary evolution of these theories and their applications.  Today, there is so much overlap and similarity between theories and methods that it’s getting harder and harder to see the difference between them, on paper at least.
Levenson (2003) discusses, on several occasions, the similarities between Time-Limited Dynamic Psychotherapy (TLDP) and the cognitive-behavioral model.  Levenson states “Not only psychoanalysis but other theories as well are increasingly incorporating interpersonal perspectives, for example, cognitive therapy, behavior therapy, and gestalt therapy (p. 303).  She went on to say that “Modern cognitive theorists voice analogous perspectives when they talk about interpersonal processes that lead to experiential disconfirmation” (p. 307) and “The second goal of providing a new understanding focuses more specifically on cognitive changes than the first goal just discussed, which emphasizes more the affective–behavioral arena” (p. 308).  Originating in the psychodynamic camp, TLDP today looks very little like the psychoanalysis of old, having embraced an eclectic treatment approach that focuses on interpersonal factors and a directive, here and now approach while moving away from insight, interpretation, and a very non-directive approach to uncovering the repressed psychosexual conflicts of long ago.  Hip-hip-hooray!  Unfortunately, once again, there wasn’t a lot of information in the readings related to treatment methods and techniques, so I hope we will be discussing this more in class.

Aaron Beck’s concept of the “schema” (Beck and Clark, 2010) is not much different then Greenberg’s concept of the “scheme” (Greenberg et al, 2004).  Levenson (2003) also discusses the “interpersonal schema” and “schemata” on several occasions, but never really defines the concept in depth.  In fact, she quotes Goldfried and Newman (1986), who said:


A number of contemporary writers have independently suggested the possibility that a common [integrative] language may ultimately come from the field of experimental cognitive psychology and social cognition....Concepts such as “schema,” “scripts,” and “metacognition” have the potential for covering therapeutic phenomena observed by clinicians of varying orientations (pp. 46–47). (Levenson, 2003, p. 310).
Based on what I can infer from the context in which the terms were used in Levenson’s article, it sounds like a concept very similar to both Beck’s and Greenberg’s, the only difference being that Beck focused on cognitions, Greenberg on emotions, and Levenson on interpersonal relationships.  I don’t want to spend too much more time on this because I discussed the issue at length in my last paper, but want to add one more point.  The concept of transference is more commonly being utilized by members of the different camps (psychodynamic, cognitive, etc) and the application of transference (and countertransference) in treatment is becoming more and more similar.  As Levenson stated, “transference is not considered a distortion but rather the patient’s plausible perceptions of the therapists behavior and intent” (Levenson, 2003, p. 303) while Beck (1979) made several references to transference and its usefulness in therapy from a cognitive perspective.   Even Linehan (1993) mentioned the similarities between the psychodynamic emphasis on transference and her concept of therapy interfering behaviors as opposed to any aspect of cognitive-behavioral therapy.

I found it interesting that training effects (Henry, Schacht, Strupp, Butler, and Binder, 1993) could have such a profound impact on outcomes, an assertion supported by Wampold (2001) in his defense of a contextual model and the corresponding limitations of the medical model.   Henry (Henry et al, 1993) found significant effect size differences between the two groups (trained by Trainer A and B) and that Trainer A was more effective than Trainer B for several reasons.  We know that there are “thearpist effects” which influence treatment effectiveness and that some therpists are more competent than others, whether we’re talking about their influence on specific or general factors.  For example, if specific factors are repsonsible for outcome as the medical model proposes, then therapist comptency in that particular treatment modality should have an effect on outcome.  As a result, more seasoned, better trained clinicians will see better results with their clients than less experienced, novice therapists.  At the same time, if general factors are responsible for outcome as the contextual model proposes, therapist competency (in terms of empathy, belief in the modality, ability to convince the client of its effectiveness, etc), in general, should also have an effect on outcome.  Some clinicians, usually (but not necessarily) the more experienced variety, should also have better outcomes with their clients than less experienced (competent) therapists.

Henry (Henry et al, 1993) found exactly that when comparing therapists providing training on how to provide Time-Limited Dynamic Psychotherapy (TLDP) in the study in question using a treatment manual.  It appears that, from the discussion and conclusions in the article, it was the general effects of the individual trainers that were responsible for the differences between groups as the contextual model would predict.  This finding has serious implications on the validity of any study which uses a treatment manual and trains clinicians to treat clients in accordance with the manual.  Not only is there going to be variability in abilities within groups being trained, but there will also be variability between groups depending on the skills and approach of the facilitator.  Wampold (2001) has shown that allegiance has a siginifcant effect on outcome in randomized control trials (RCT) and that, even when utilizing a treatment manual, the allegaince effects are large.  Add to that the impact of trainer attributes, as described by Henry et al (1993), and we have some very serious confounding variables related to RCTs in general and the utilization of treatment manuals (and any associated training) in particular when measuring efficacy.


The article by Shefler, Time Limited Psychotherapy with Adolescents (2000), was quite interesting from a cultural diversity perspective.  I found it interesting that the Israeli adolescent seemed to be struggling with many of the same types of issues as American youth and Shefler’s description of the intervention was probably not much different than an intervention that would be used by a clinician using TLDP here in the United States.  One thing that really turned me off was Shefler’s references to “masochistic tendencies” and “incestuous fantasies” (Shefler, 2000, p. 92):
Heightened sensitivity to frustration and to a lack of love and support characterizes the narcissistic awakening that typically occurs in adolescence. This awakening can either set the adolescent on track toward healthy development or on the road toward personality disturbance or toward a narcissistic character first manifested in adolescence. Masochistic tendencies toward painful pleasure and passivity characterize adolescent fantasies among both males and females. In addition, preoccupation with issues of bisexuality, anxiety surrounding bodily change, and remnants of incestuous fantasies frequently become intensified.  I understand the relevance of a narcissistic awakening and a preoccupation with sexuality or body image in the budding adolescent, but masochistic tendencies and incestuous fantasies sounds more like the psychoanalysts of old and not the here and now, interpersonal TLDP therapist of today.


Finally, I didn’t see much relevance in the Strupp article (Strupp, 1990) and don’t think it added much to the readings.  In my opinion, it highlighted his own narcissistic tendencies in that he was clearly off the mark with Helen, but refused to admit it.  Having so much anger toward men in general, he should have referred her to a female therapist in the very beginning and finally admits to it in the discussion section (Strupp, 1990, p. 655):
Thus, after a few sessions, when the patient's relative unsuitability had become apparent, one might have referred the patient elsewhere, openly admitting one's difficulty in working with her. In so doing, one would not commit the error of blaming the patient for the difficulty but simply indicate that in the therapist' judgment there was no match. He was way off the mark, alienating an already hostile client (and most modern women in general) by insisting that she really wanted to be a man (penis envy).  If TLDP is focused on the here and now, interpersonal aspects of personality and not on the interpretation of and insight into latent psychosexual process characteristic of the old psychoanalytic model, what was Strupp trying to do?  In the end, he refused to admit to his mistakes when working with Helen and even concluded that the therapy was beneficial to the client, clearly displaying his lack of insight and objectivity into his own therapeutic skills as well as his personality.


Kipling, R. (1889).  The Ballad of East and West.  In Wikpedia online.  Retrieved from
http://en.wikipedia.org/wiki/The_Ballad_of_East_and_West


Shefler, G. (2000). Time-limited psychotherapy with adolescents. The Journal of Psychotherapy Practice and Research , 88-99. 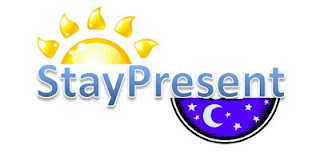